Don’t call insurance company or public adjuster before you read this?

Hire Your Own Adjuster

Yes you can hire your own guy, known as a public adjuster, to help you . Public adjusters receive the same training as those working for the insurance company, but instead of walking between two parties, the public adjuster you choose is working on your behalf exclusively.

Who Pays the Public Adjuster?

Many homeowners are hesitant to call a public adjuster because they think the fees will be significant. Of course the public adjuster needs to get paid, but many will take a percentage of your settlement rather than demand fee after fee. Anywhere from 15 to 35 percent of the final settlement is typical for the market.

Since public adjusters get paid a percentage based on the amount your insurance company settles for, it’s in their best interest to get as much money as they can. They’re on your side.

Looking for a Public Adjuster, Insurance Agent, Contractor, Roofer or Other Home Pro?

2021-09-02
Previous Post: WHAT IS A SHORT SALE and how Listing Agent can help you manage and sell quick?
Next Post: Today marks the start of Pancreatic Cancer Awareness Month and do you know How many people die each year from pancreatic cancer?

Vylla is a first-of-its-kind homeownership company combining industry expertise with innovative technology to provide nearly every aspect of buying, selling or owning a home under one roof. 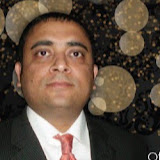 Avishai Rohit
Had a great experience buying a house with Anil Aggarwal! The process was fast, efficient, and done with transparent communication. Highly recommend the Realtor to anyone looking to buy a home..

Gianni
If it wasn't for Anil Aggarwal i wouldn't have a condominium right now. He was absolutely great from start to finish. We stayed in touch every day to make sure things were moving along. It was a true joy working with her. Would highly recommend him!

Bankey Bihari
Anil is a very great agent to have on your side. He's very objective and was able to key into what it was we were looking for. He was able to point out the positive and negative attributes of potential homes which helped us to make a sound decision. Once we made our decision, Anil was extremely responsive and able to get the necessary logistical and paper work done very quickly. We would highly recommend Anil for any real estate needs.

Lewis John wood
If you're looking for your dream home or investment opportunities, Anil is your go to man. Even during the pandemic situation , he was always there, willing to help me find the right property. His passion and knowledge is unmatchable. I will continue to work with Anil as I start building my portfolio!

jeckel fox
Cool real estate agent I've ever dealt with. Anil Aggarwal is an honest, dedicated and knowledgeable person. He strives to help others, that's his nature. Very friendly, respectable agent. Everything went smoothly. I found Mr. Aggarwal to be a pleasure to work with and would highly recommend him.

Dr sillyon Medosa
Anil has been showing us homes for quite some time now. He has always been endured with us and responds to our messages/requests quickly and efficiently.

Jimmy's Mari
Anil was extremely helpful in getting the condo ready to sell and marketing it, so that a buyer would find it attractive to live in. His advice on pricing was spot on and, and we settled on an equitable agreement with the buyer. I would like to recommend this service to anyone who wants a professional agent that can get a house sold in the shortest time possible.....

Bhumra Patrika
A smartest and intelligent man.He helped me at every stage of my home buying process. He has the right people in his network, which made my process easy and fast. His expertise in his field with enough experience about Jersey City made me more comfortable to choose him. I remember he used to pick/drop me when things came to view different properties. Thanks for everything Realtor Anil Aggarwal!!...

Max Jame
Thank you Mr. Realtor Anil for getting me home so fast. He did an awesome job in helping me find my dream home in the perfect neighbourhood. He got me exactly what I was looking for. Highly recommended.

Stifen Smith
Honestly amazing! Anil was professional, friendly, and knowledgeable. I feel so comfortable about the entire buying process. We must have looked at 10 houses, sometimes two in one day, and he didn’t care. He went out of his way for each and every step to make sure we knew exactly what was going on and that we were happy. He Looked out for our best interest. Great guy. Will absolutely use him again in the future, and always refer to him !